A problem of overeating is one of the major culprits for being overweight. No matter whether you have a strong will power or not, with time overeating leads to the enlargement of a stomach which makes one eat even more since a normal amount of food is no longer enough for getting the feeling of satiation.

In addition to it, switching to a healthy diet from consuming junk food becomes even more complicated as it is not merely a matter of fighting a bad habit. What really happens is that frequent consumption of a particular type of food causes proliferation of the species of microorganisms which are thriving on the residuals of the particular types of food you have in your diet most frequently. The substances such microbiota are releasing in your gut are interfere with receptors making you crave for particular types of food even more.

Needless to say, it is rather difficult for people prone to overeating to lose weight with any diet. That is why, it is important to overcome the problem of overeating in the first place. Here what you can do.

It is not a secret that eating while doing anything else makes your attention split. You are not entirely focused on the food consumption which does not let your brain process the act of eating properly. Watching TV, reading, talking to others are not allowing your brain to assess the feeling of satiation properly. Generally, it takes more time for brain to realise you have had enough food. This can easily lead to increasing your portion. This is a proved fact. Ona average, people tend to add extra 14% of their initial portion while eating and watching TV whereas communicating with others during this time make us eat even 18% more.

Being able to feel the exact smell of the food, see its appearance and chewing each piece of it thoroughly is crucial for a healthy respond of your brain to food which is impossible if it is busy with something else at the same time.

Include a large amount of fibre into your diet

Fibre is a crucial part of a healthy diet for many reasons. One of them is acting as a prebiotic which is a substance needed for proliferation of bacteria needed for your health such as for instance many species of milk fermenting microorganisms. When there is fibre in the gut, these bacteria get attach to it, consume it and increase the population which protects your organ from pathogenic microorganisms.

In the case of dealing with the problem of overeating fibre has particular significance as it can add to your portion a large mass whereas only a small part of it will be digested. Thus, you will feel satiation whereas the actual amount of calories consumed will be small.

There is wide choice of this type of products which are broccoli, cabbage, oranges, grapefruits, different species of salad and many more.

You will hardly meet a person who does not know that sugar is full of easily digestible carbohydrates which basically causes the blood sugar to rise dramatically after consumption and drop dramatically in a very short time. Yet, not everyone is aware of the fact this is what is making you so hungry even though you have just consumed an entire chocolate bar or a package of cookies.

Not everyone also knows that you do not have eat pastry or sweets or even drink sweet beverages. Having food made of flour or starchy vegetables will give you a similar effect. For example, pasta or potatoes have similar properties to other well-known food consisting of easily digestible carbohydrates.

Include more proteins into your diet

The importance of proteins in your diet is extreme since proteins are the building blocks for your muscles as well as a material for the synthesis of many other important substances in your body.

Increasing the consumption of proteins is particularly helpful for people with a tendency to overeating since proteins require far more time for digestion than it is needed for carbohydrates. It is a particularly good idea to consume food high in proteins in the morning which will allow you to go on without any snacks for a longer time than usually.

Pay your attention to the fact that proteins are present in high amount not only in meat. Poultry, fish, dairy products and legumes are rich in proteins as well.

If you do not want to overeat, it is sensible to include these products into each of the dish you are consuming during the day and use them as snacks as well.

Do not resign from fats

One of the worst thing people are doing while trying to switch to a healthy diet is resigning from eating fats. Of course, eating French fries soaked in hydrogenated oils is not what you need, however, choosing fatless milk over a whole product is a very bad idea. There are many other things people are doing trying to reduce oil to an absolute minimum.

You should understand that not only fat is needed for absorption of some vitamins, it can also protect you from overeating as with a small amount of oil consumed you will get satiated for a long time. 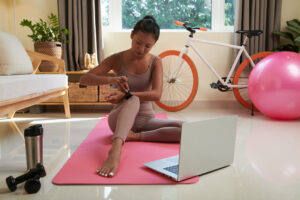 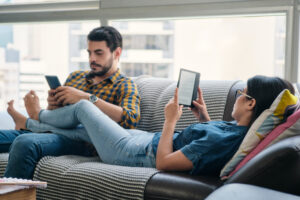 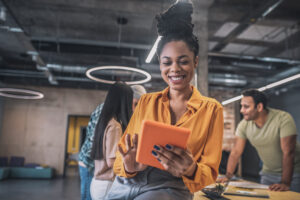 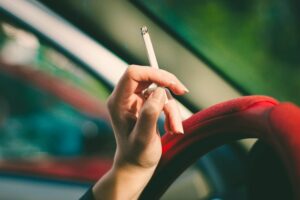